For seventeen years we’ve been visiting the marvelous Swedish town of Norrköping while solving mysteries alongside Carol Reed, a European version of Nancy Drew who surpasses Nancy in terms of maturity, nosiness, and epic trekking. Carol emigrated to Sweden from England many years ago and is now ensconced among its quaint byways and quirky residents. In the latest chapter of her adventures, Amos Green’s Final Repose, we are introduced to more novel and remarkably beautiful locales, where our intrepid detective uncovers the tantalizing personal journey of the titular character, creating an extraordinary portrait of a life lived on the edge.

As the story begins, Carol’s friend Stina notifies her that a much-decayed body with Stina’s address in its pocket has been discovered at a forest feeding station. The corpse is soon identified as Amos Green, a former boxer who spent years as a vagabond. The police are curious about Stina’s connection to Amos and so is Stina, who (as far as she can remember) has never even heard of him. So it’s up to Carol to follow intricate clues, interview the dead man’s former friends and foes, investigate enticing woodland trails and ramshackle cottages, and nail down exactly what happened in the final stages of Amos’s nonconformist life.

As with all Carol Reed mysteries, what distinguishes this game most are the vast stretches of natural landscapes, gorgeously photographed and presented in slideshow-style, traversed at a leisurely walking pace. Clear brooks reflect the verdant glory of the trees along their banks, sweeping meadows of wildflowers laze in the sunlight, and immense mossy rocks surround a forest hideout. An herb garden bursts with intricate leaves and colorful blossoms, and wooden docks edge the sparkling, gleaming waterfronts. The environs are not animated, but their expansiveness and variety easily compensate. 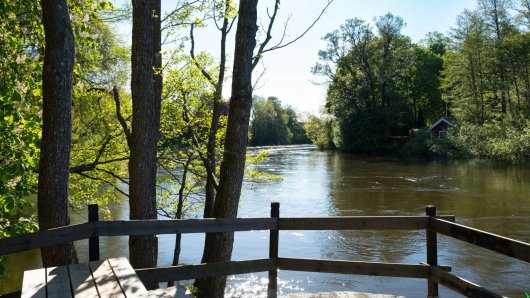 Each new area to explore opens with a still scene, often with faded colors looking like a much-loved photograph from Amos’s past, sometimes worn, smudged and folded. The musical backdrop is as charming as the visual one: uplifting synth tones, contemplative keyboard melodies or ponderous brass resonances add to the atmosphere. The soundscape includes bees buzzing, birds twittering, knobs squeaking, doors smacking closed, and the swish of waves on the shore.

In contrast to all this natural beauty are the decaying factories and tumble-down cottages that chart the course of the deceased’s unorthodox experiences. Amos had abandoned a promising boxing career and ended up seriously involved with the honeybee industry, before finding himself at the center of a strange religious controversy. A gorgeously ornamented, extremely proper church interior is juxtaposed with a homeless harborage, decaying workshops, hidden beehives, and a ransacked trailer. In abandoned cottages, dead insects lie amongst shattered porcelain pieces, dust and dead leaves, framed by faded curtains and walls with peeling paint. Amongst the debris, eccentric memorabilia and letters from the past make it increasingly clear that there was something very odd going on with Amos, and my interest was continually piqued.

There is a darkness about Amos Green’s Final Repose, and it’s tied up in an overarching theme that becomes more poignant as the game progresses. Like all of us, Amos made both good and bad decisions. But time and chance, plus decisions by local governing board and committees, compounded his difficulties. This rising sense of disquiet as the story unfolds is balanced by delightful jabs of Carol Reed humor and the entertaining conversations with Carol’s many “helpful” acquaintances. 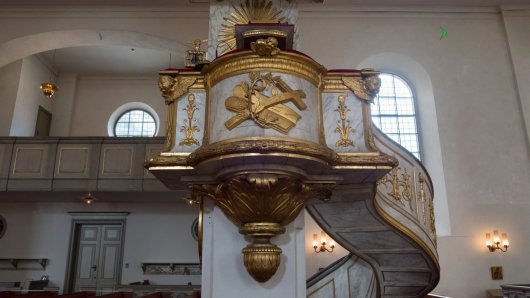 Though you need not play any previous Carol Reed game to enjoy this one, the dialogs are particularly rewarding to those who have played earlier entries in the series and remember how each character has developed. Bigge now sports a sprightly green beard that’s even more riveting than his tattoos, and as always demands more assistance than he gives. Jonas enlivens his text messages with poetry by Keats. Stina, by the end, will be forced to reveal a long-kept secret. A few new characters crop up as well, but these are somewhat less engaging, partly because (due to the ongoing pandemic) they all wear masks. Voice-overs adequately assist with characterizations and feature a range of pleasant accents.

Carol always faces a variety of challenges during her investigations, and not only is the seventeenth game in the series no exception, the conundrums here are slightly tougher than in previous installments. One of the most difficult puzzles, involving number sequences, happened early on before I had warmed up my gaming brain, and it thoroughly baffled me. The multi-stepped bee harvesting challenge later on is well-clued and a lot of fun. There’s also an intriguing mix of puzzle boxes, pattern interpretation, scavenger hunts, and fetch quests. One particular item retrieval had me seriously stymied, only for me to find that I had missed the answer solely due to my own eagerness to break the homeless center’s non-imbibing rules.

It’s essential to be thorough while navigating Norrköping’s outskirts – skipping a directional arrow may mean missing a clue. Numbers are exquisitely important in this game, so pay attention to any you see. Sometimes an item you click on (for information only) can later be added to the inventory, but it isn’t possible to figure this out until revisiting the area later in the game. And occasionally, without warning, an environment you have already examined will change so that something vital appears. (Fortunately, when locations are fully exhausted, they disappear from the map so you won’t waste a lot of time re-exploring.) In one instance, it’s possible to find a crucial object and have all the stuff needed to “process” it, but you are required to search for instructions before you can complete the task. 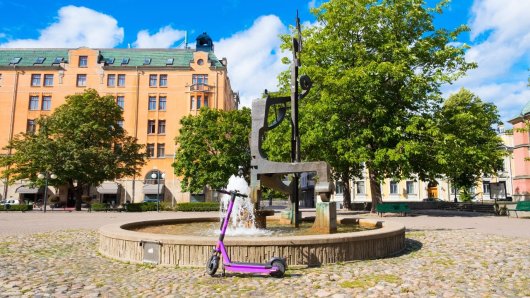 The usual first-person perspective, point-and-click interface is once again easy to use and the spacebar highlights all hotspots. The inventory sits at the top of the screen, where objects can be combined by clicking on one item and dropping it onto another. There’s a handy autosave system plus unlimited save slots, the combination of which provides a welcome sense of security, even though there’s no fear of death or sudden game-overs.

The in-game journal/hint system is extremely helpful. The first tier issues a broad goal, such as “Explore the Turnip Shooting Range” or “Partake in the stupid competition,” which often indicates if you are (at least temporarily) finished with a particular site. The second level of hints tells you exactly what to do to complete the next step. Twice I groaned when finally accessing the secondary hint, because I was very much on the right track and should have contemplated the clues a bit more. But a couple of times I found that I would never have been thoughtful or patient enough to finish the challenge without help, so I was grateful for the assistance.

Taking my time while traveling through Norrköping’s often splendid, sometimes heartbreaking surroundings, I spent nine hours puzzling my way from intriguing clues to amusing quests and surprising plot discoveries. The ending ties the narrative strands together with the sense of a satisfying, peaceful resolution. Few games have opened my eyes to difficult dilemmas in the real world as deftly as Amos Green’s Final Repose. I commend Mikael Nyqvist, its solo developer, for presenting the problems of loneliness, abandonment and indifference in a way that brought these realities home to me as nothing else has done before.